"Recovery, the fifth album from John von Ahlen's Parralox is a collection of cover versions of tracks by Depeche Mode, Madonna, Blancmange, Erasure, Pet Shop Boys and others, all delivered with the highest possible pop nous by this Australian producer. Initially reticent about the idea of delivering an album of other people's songs, most of the tracks that form Recovery languished, unused, for two years until von Ahlen finally decided that the risk of offering alternative interpretations of some absolutely classic songs was worth it. The result is an album that entirely restores your faith in what pop music can be."

Click here to read the rest of the article >>
http://www.documentaryevidence.co.uk/parralox_recovery.htm 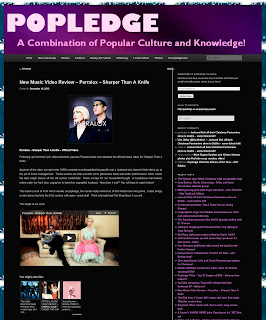 Lovely article over at Popledge!
Check it out - http://popledge.co.uk/2012/12/18/new-music-video-review-parralox-sharper-than-a-knife/
Continue reading
1725 Hits
Tags:
review sharper than a knife
Tweet

Altsounds reviews Sharper Than a Knife 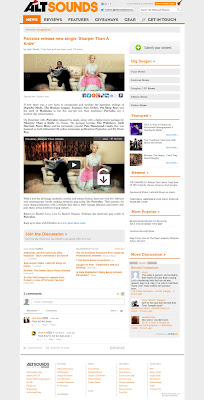 Another lovely review of our latest single "Sharper Than a Knife"
Click here to read the article - http://hangout.altsounds.com/news/155146-parralox-release-single-sharper-a-knife.html 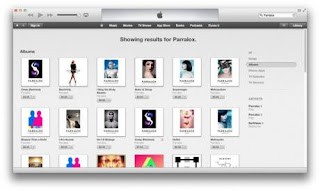 Parralox appears in this review of iTunes 11! Not surprising really as the reviewer (James Rhodes) is also a software designer who's creating a new Lyric App for Parralox.
Click here to see the review >> http://www.iphonelife.com/blog/29299/review-itunes-11

Sharper Than A Knife reviewed on Europlop! 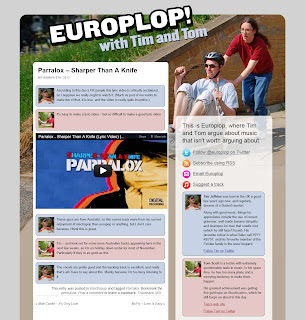 This is Europlop, where Tim and Tom argue about music that isn't worth arguing about.
This time they talk about Sharper Than A Knife.
Click here >> http://www.europlop.co.uk/2012/11/parralox-sharper-than-a-knife/
Continue reading
1563 Hits
Tags:
press europlop parralox review sharper than a knife john von ahlen
Tweet