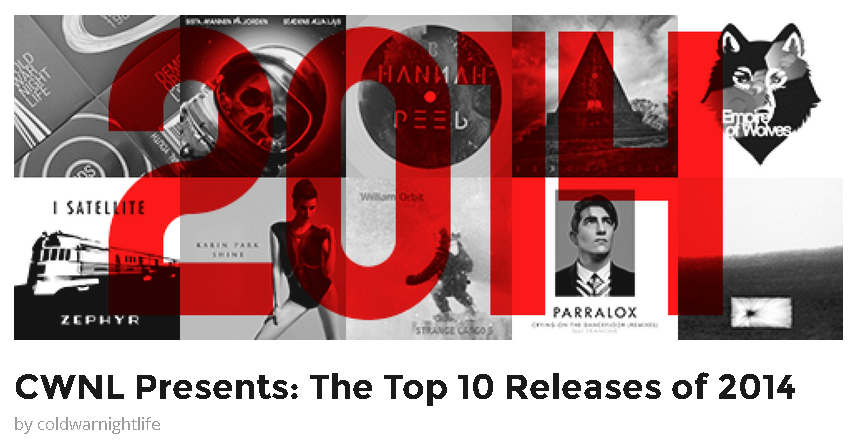 Cold War Nightlife - an amazing synth-blog based in UK have named their Top 10 tracks for 2014 - and they've included Parralox, Vile Electrodes and Your Silent Face!

Our track "Crying on the Dancefloor feat Francine" was included in the Top 10, and we are truly grateful to be included in this list of amazing artists. 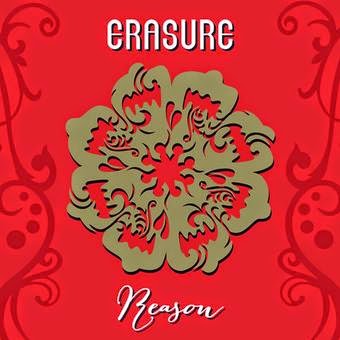 Reason is the second single from the recently released album The Violet Flame and features the brand new exclusive b-side "Die 4 Love", remixes of several album tracks, plus a live rehearsal version of Reason which is exclusive to this single release.

All pre-orders for Reason will include an MP3 of Reason (Parralox Instrumental Remix) available immediately for download after ordering. 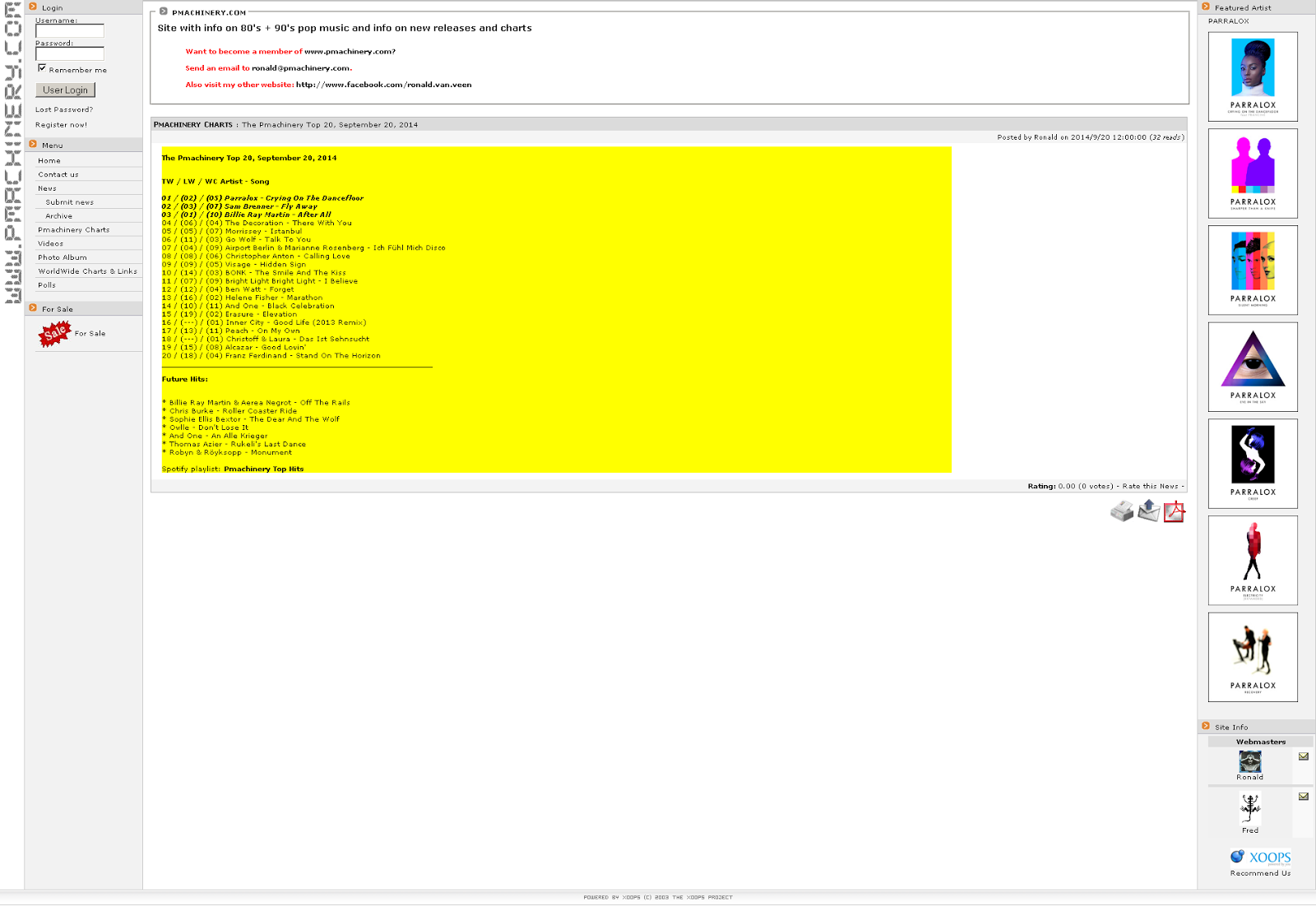 "Crying on the Dancefloor feat FRANCINE" is #1 on the P-Machinery Charts on September 20th, 2014. Yay!!!
http://www.pmachinery.com/modules/news/article.php?storyid=2599

Parralox climbs to #6 on the UK Music Week Charts! 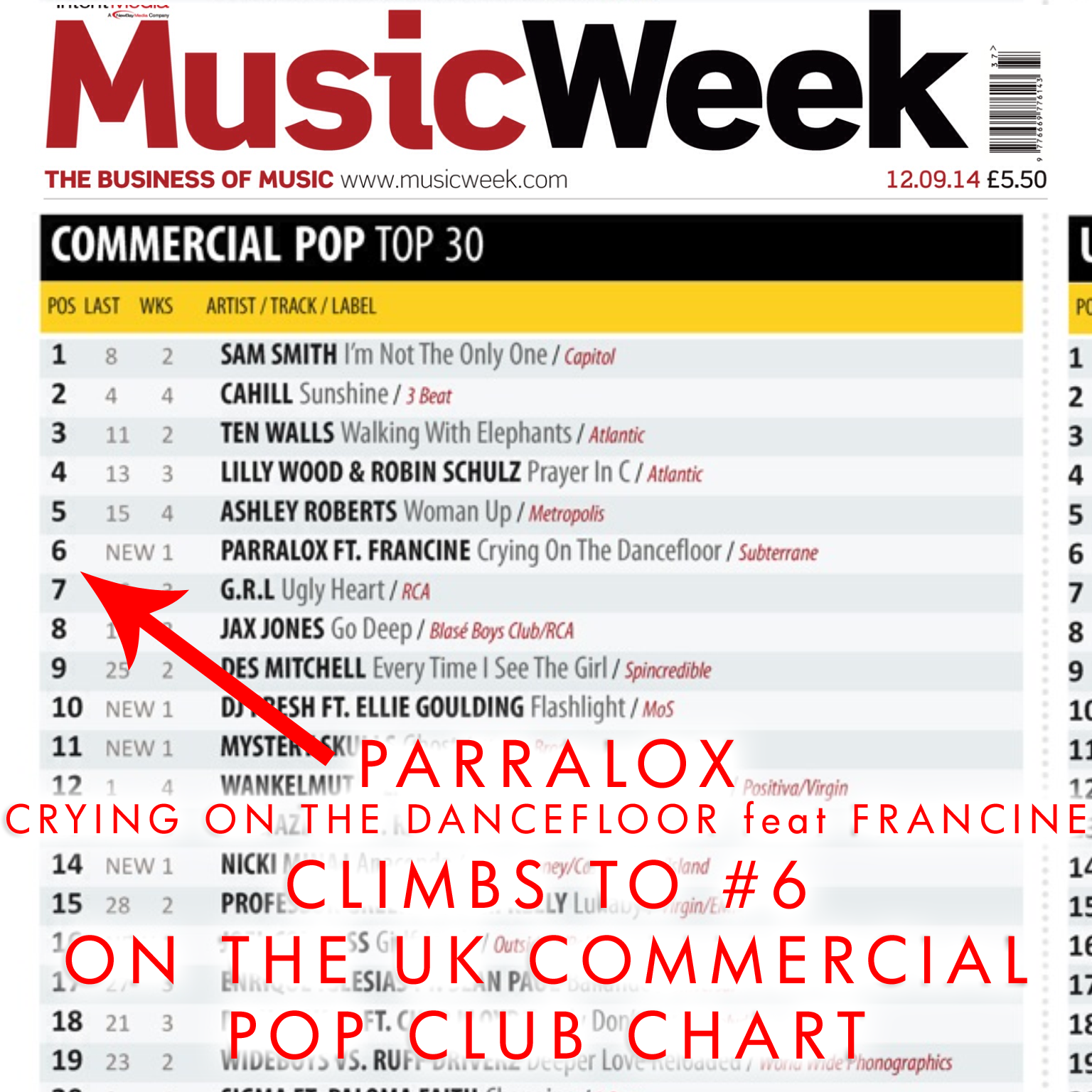 "Crying on the Dancefloor feat Francine" by Parralox has climbed to #6 in the Music Week UK Commercial Pop Chart!
This is an amazing result for our 2nd week in the chart, when you consider Sam Smith is #1 and Nicky Minaj is #14!
Thanks again go to YOU, our loyal fans, as well as the DJs, blogs, press, PR and management  (Raj!) who supported us.
We love you all..
x John. 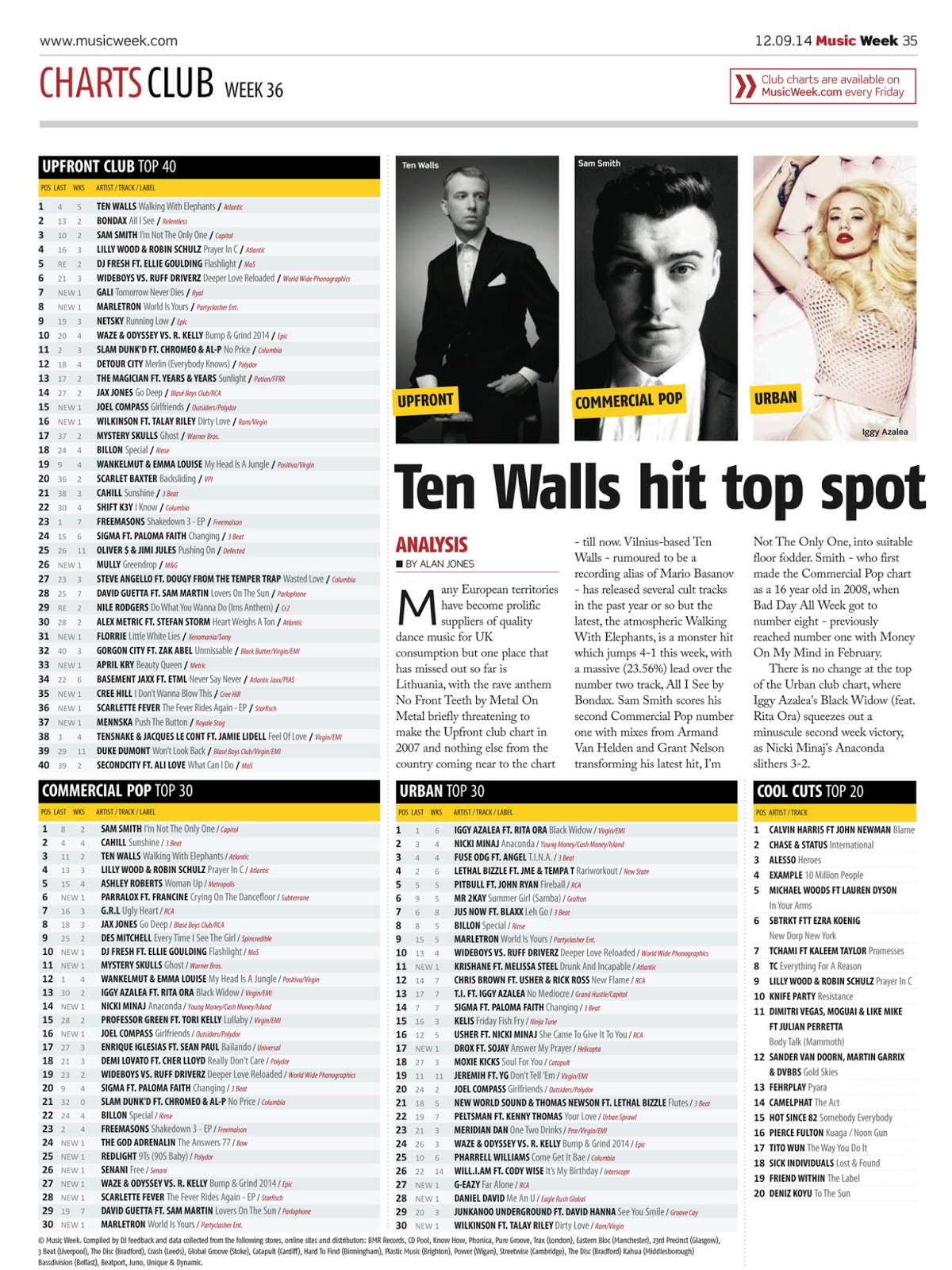