eye in the sky 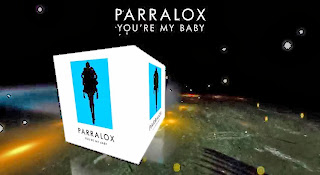 DRUMSET MYSTERY
"Onstage there was no drumset at all , but you can perfectly hear it!!!"

Wind the clock back to 1982.
The Human League are on top of the world, basking in the success of their seminal album "Dare" which they perform live across the world. People bought cassettes, vinyl records and listened to the radio. Mp3, CD and internet were in the distant future.
As The Human League performed "Don't You Wan't Me" to the enthralled masses, they would sometimes start their live performance with a song called "You're My Baby".
Mystery has shrouded this track for decades. Information was non existent. There were rumours that the track was originally performed by the Motown girl-group "The Shirelles".
The only place you could hear "Youre My Baby", apart from being at a concert, was on vinyl bootlegs. The most notable bootlegs being "Drumset Mystery" and "Boiling Point". It all began with a conversation between John and Ian Burden about "You're My Baby", in which Ian spoke about touring with the band in the 80's and the origin of the song. It's revealed that the song is written by one Mr I. Elliot, a relative of one of the members of the Comsat Angels. Connections are made and Mr Elliot is contacted and gives his blessings for the track to be recorded.

Parralox release their 5th album "Recovery" which is all cover versions, and one of the tracks recorded in the studio sessions was "You're My Baby". Ian Burden enters the studio and performs bass guitar, in addition to some keyboard parts for the new Parralox recording of "You're My Baby" and the rest is history.

Special thanks to Ian Burden and Mr I. Elliot.

"You're My Baby" appears on the new Parralox EP "Eye In The Sky" out on 11-12-13
It will also be available on a Limited Edition CD from conzoom Records in December 2013.

Listen to "You're My Baby" by playing the YouTube video below, or clicking here. 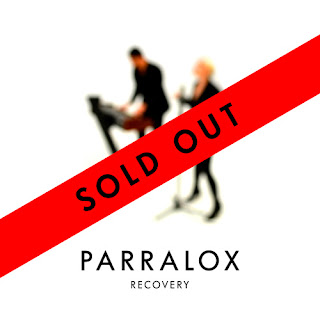 Parralox's latest CD "Recovery" has just sold out before it's official release date!
All copies of the Limited Edition CD have sold via pre-sale orders, so conzoom Records will now be pressing a 2nd run of the CD, due in October.

If you missed out the first time, this is your chance to grab a copy before these ones sell out too!

Recovery "Limited Edition CD" will be available from the conzoom store at :
http://www.conzoomrecords.com/index.php/en/shop

In the meantime, enjoy this video sample of the Digital Edition of Recovery