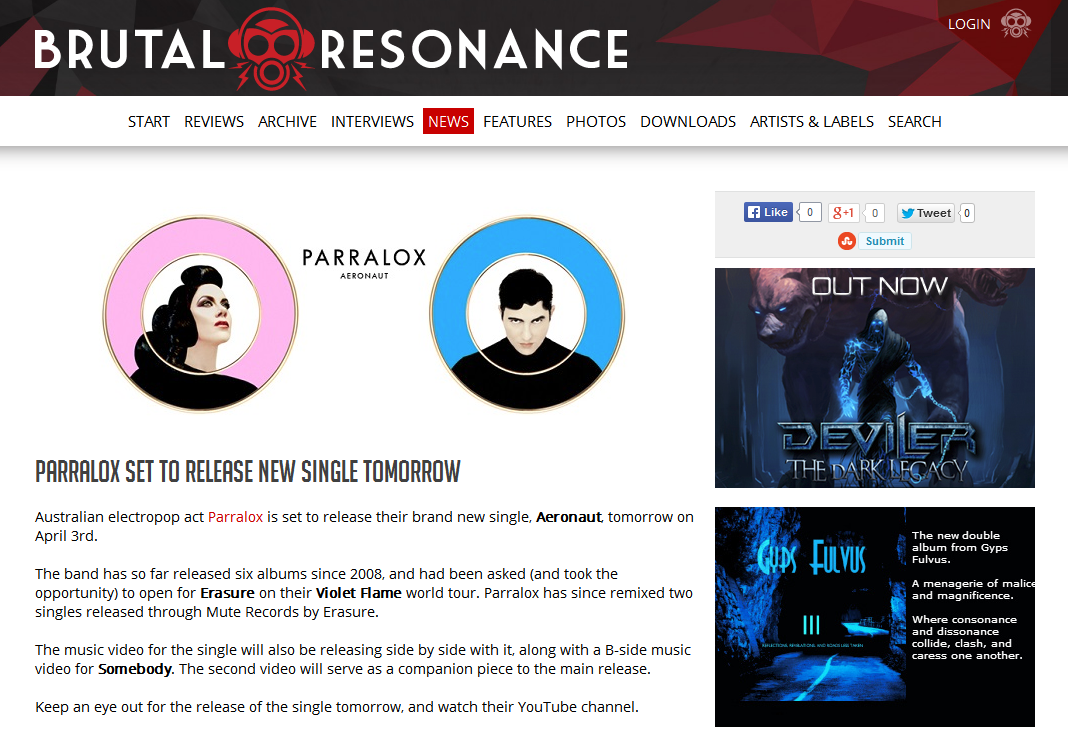 Brutal Resonance have written an article about our impending single "Aeronaut"

Australian electropop act Parralox is set to release their brand new single, Aeronaut, tomorrow on April 3rd.
The band has so far released six albums since 2008, and had been asked (and took the opportunity) to open for Erasure on their Violet Flame world tour. Parralox has since remixed two singles released through Mute Records by Erasure.
Keep an eye out for the release of the single tomorrow, and watch their YouTube channel.
Follow Parralox: https://www.facebook.com/parralox http://www.parralox.com/
https://www.youtube.com/user/parralox