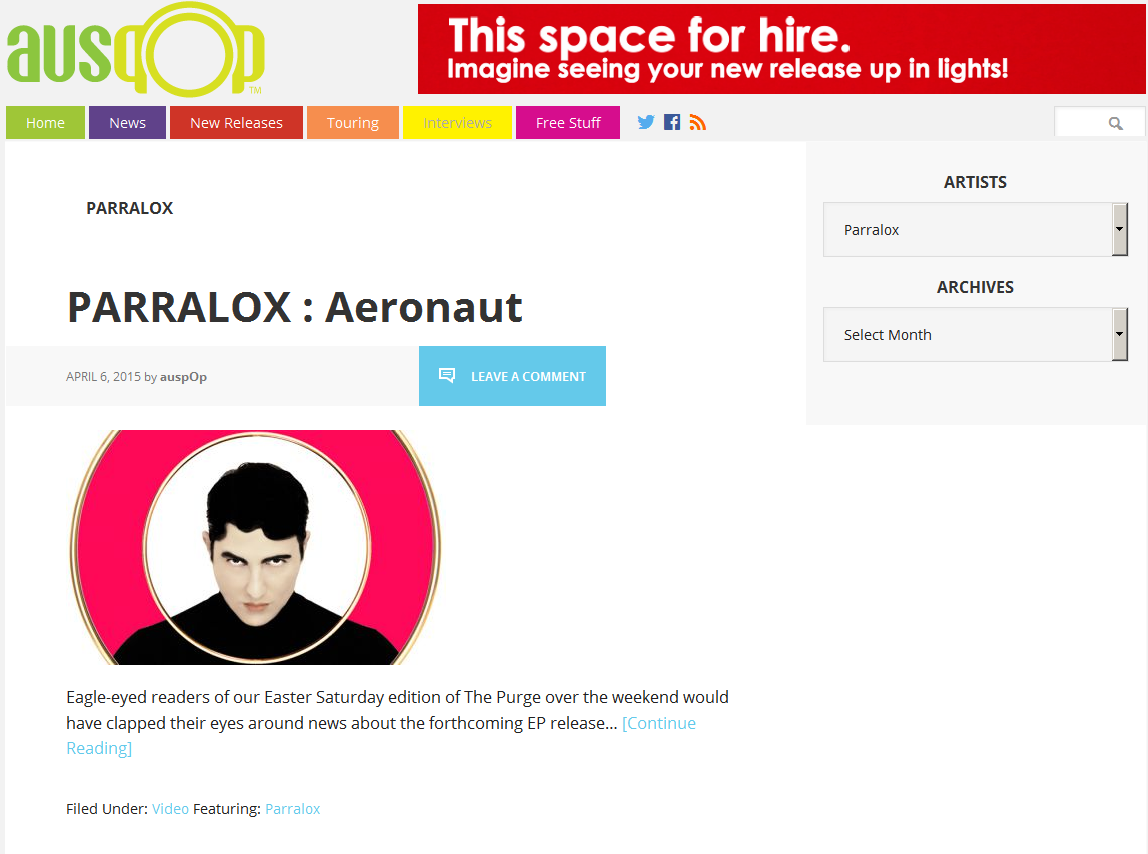 AusPop music blog have written a lovely article on the new music video for Aeronaut and the Limited Edition CD.

Special thanks to Damian!

Being Blogged (Sweden) article on Aeronaut 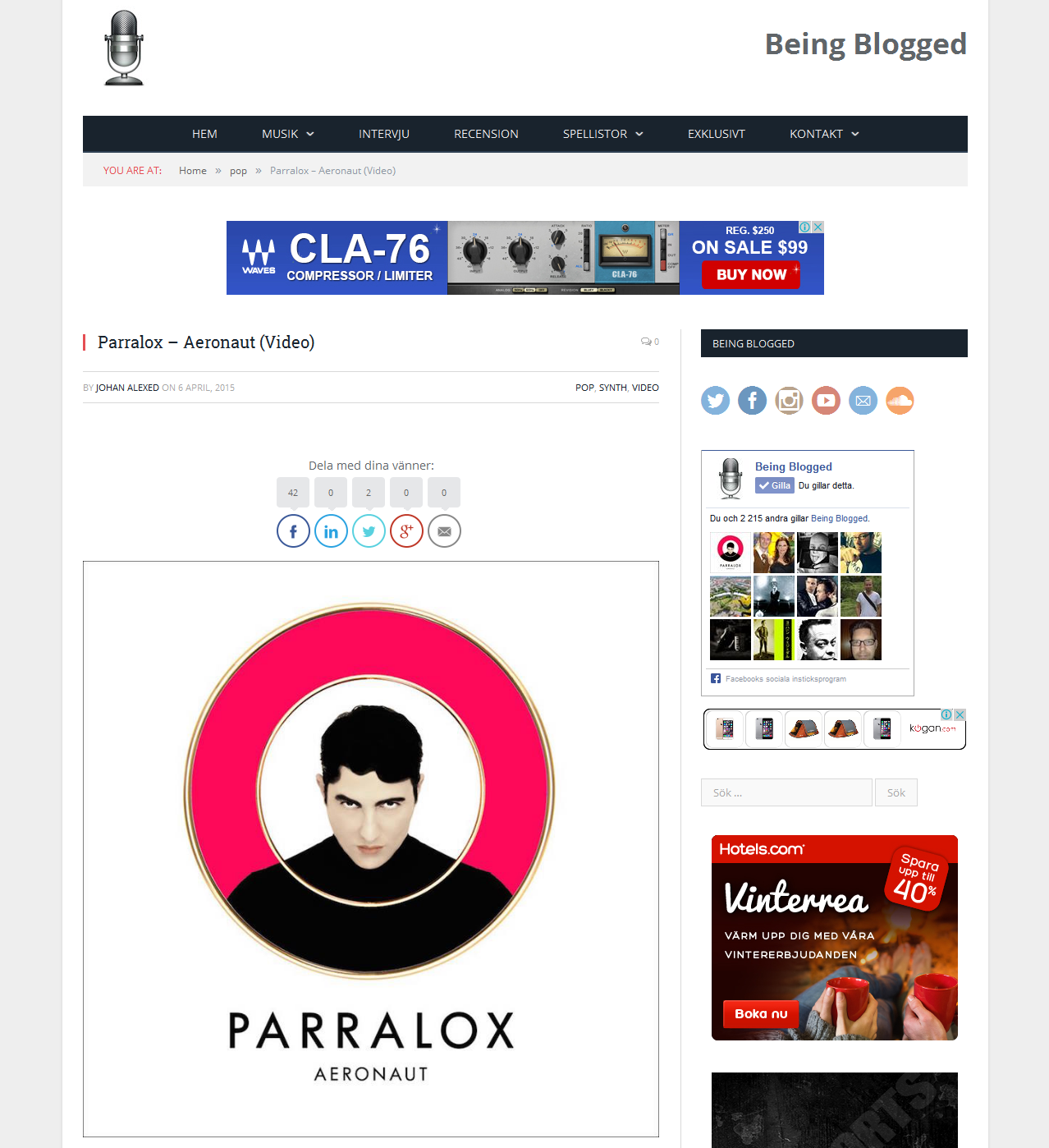 Being Boiled (Sweden) posted a link to our new music for Aeronaut. Tack så mycket!!! 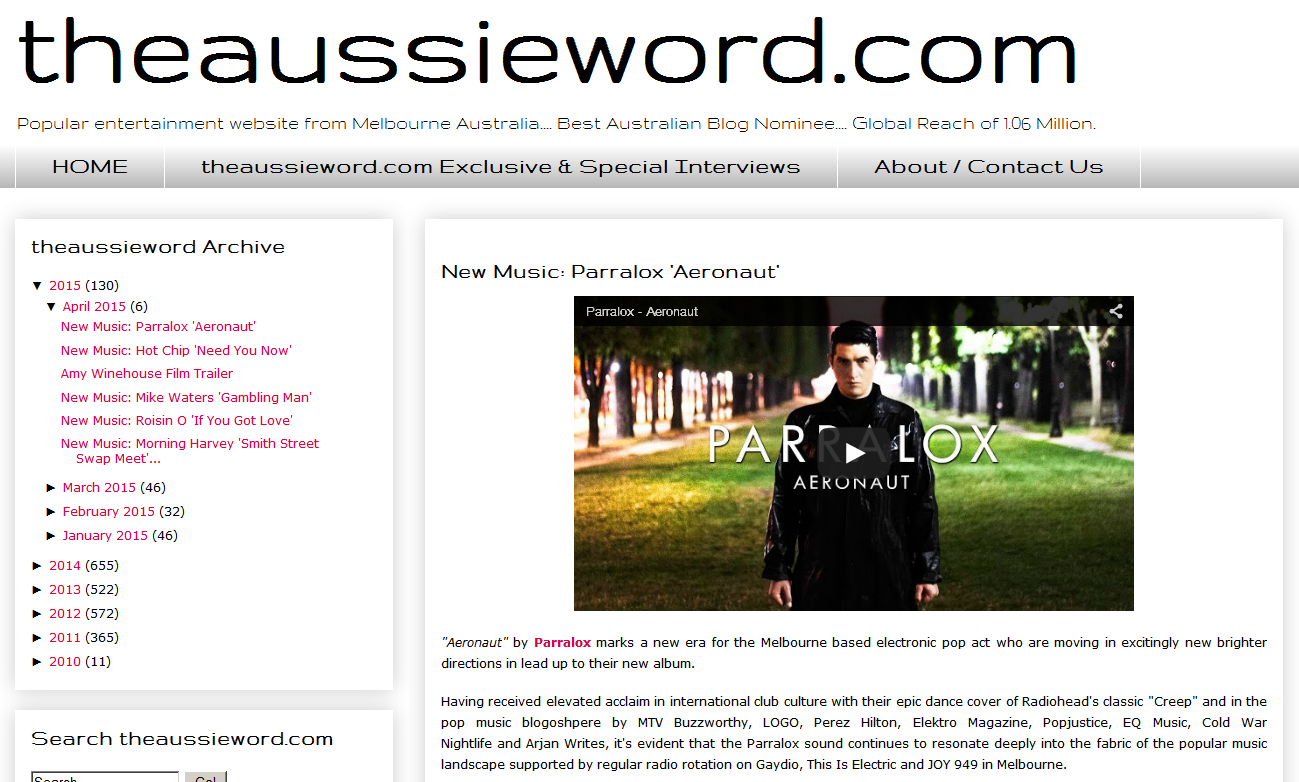 Brian Peel's blog "The Aussie Word" has written a fantastic article about our new song "Aeronaut".

"Aeronaut" by Parralox marks a new era for the Melbourne based electronic pop act who are moving in excitingly new brighter directions in lead up to their new album.
Having received elevated acclaim in international club culture with their epic dance cover of Radiohead's classic "Creep" and in the pop music blogoshpere by MTV Buzzworthy, LOGO, Perez Hilton, Elektro Magazine, Popjustice, EQ Music, Cold War Nightlife and Arjan Writes, it's evident that the Parralox sound continues to resonate deeply into the fabric of the popular music landscape supported by regular radio rotation on Gaydio, This Is Electric and JOY 949 in Melbourne. 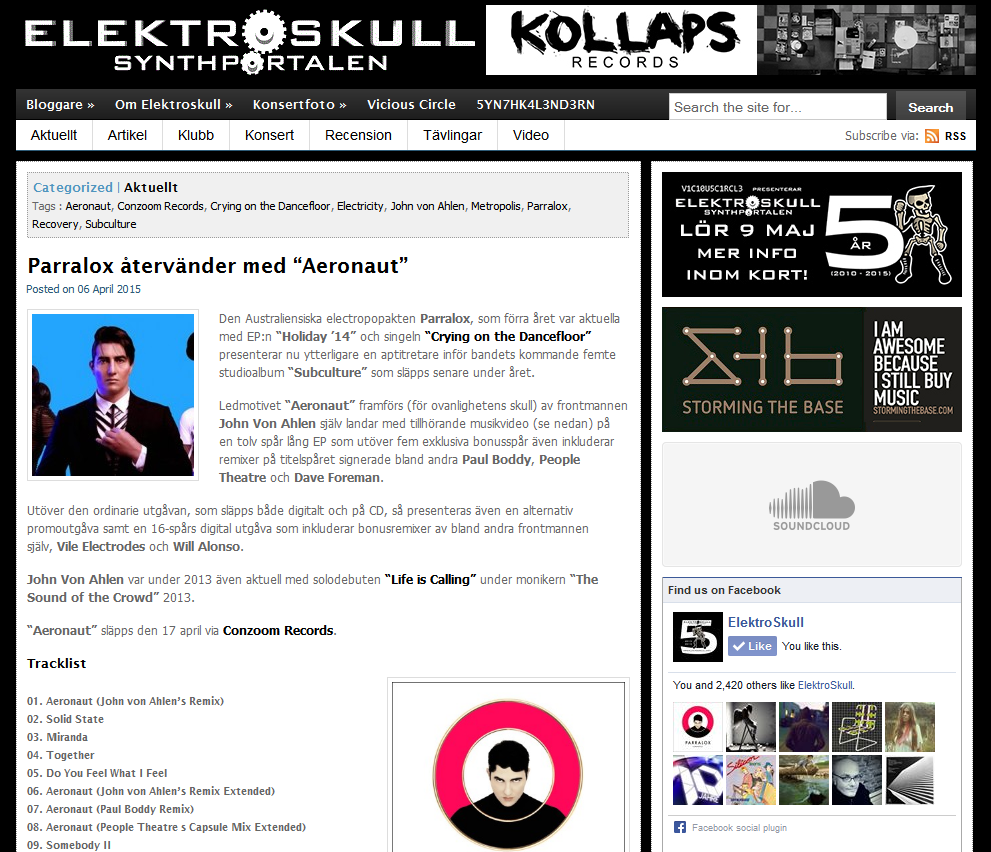 Elekroskull have written a piece about the new Limited Edition CD for Aeronaut, released via conzoom Records. 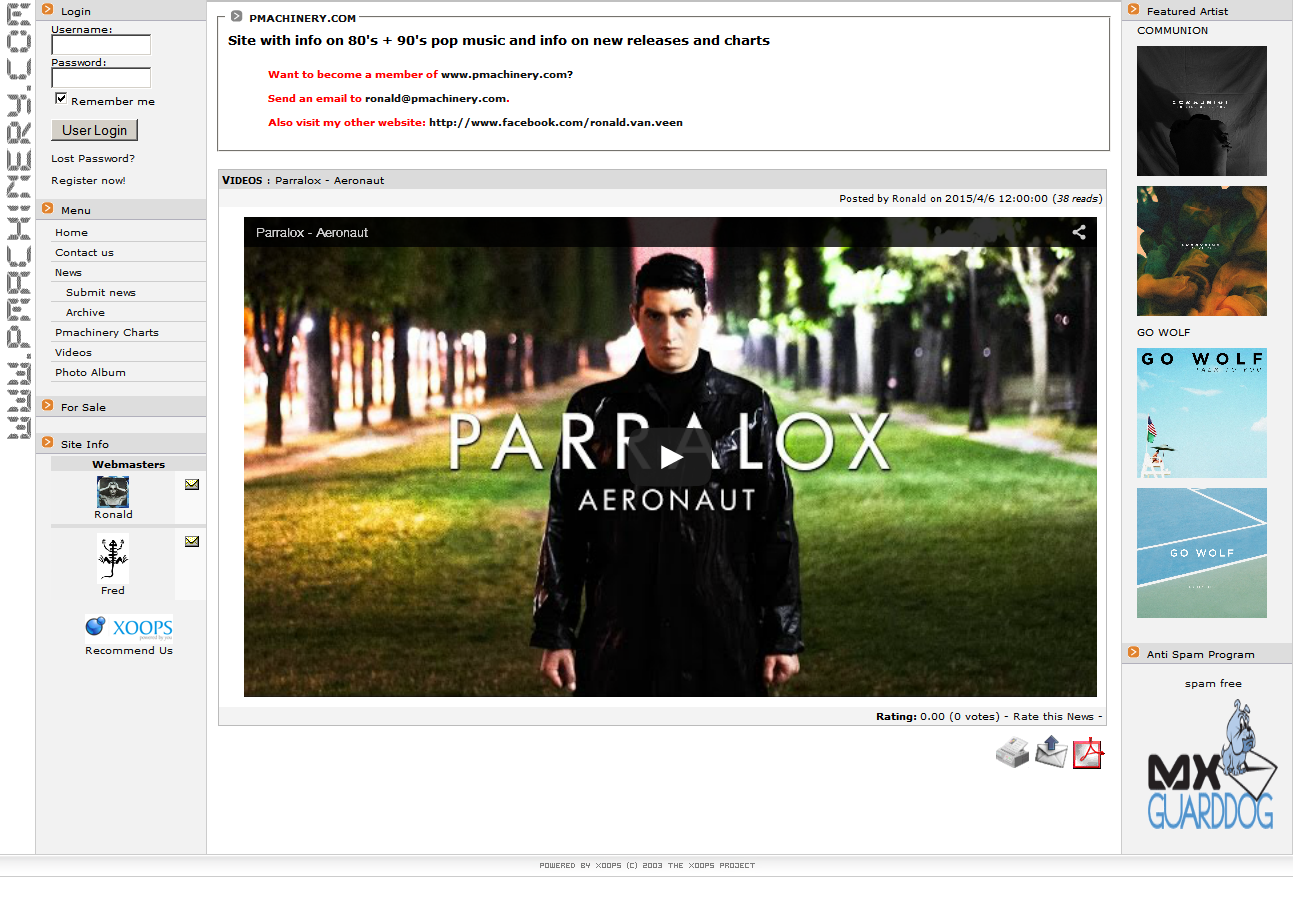