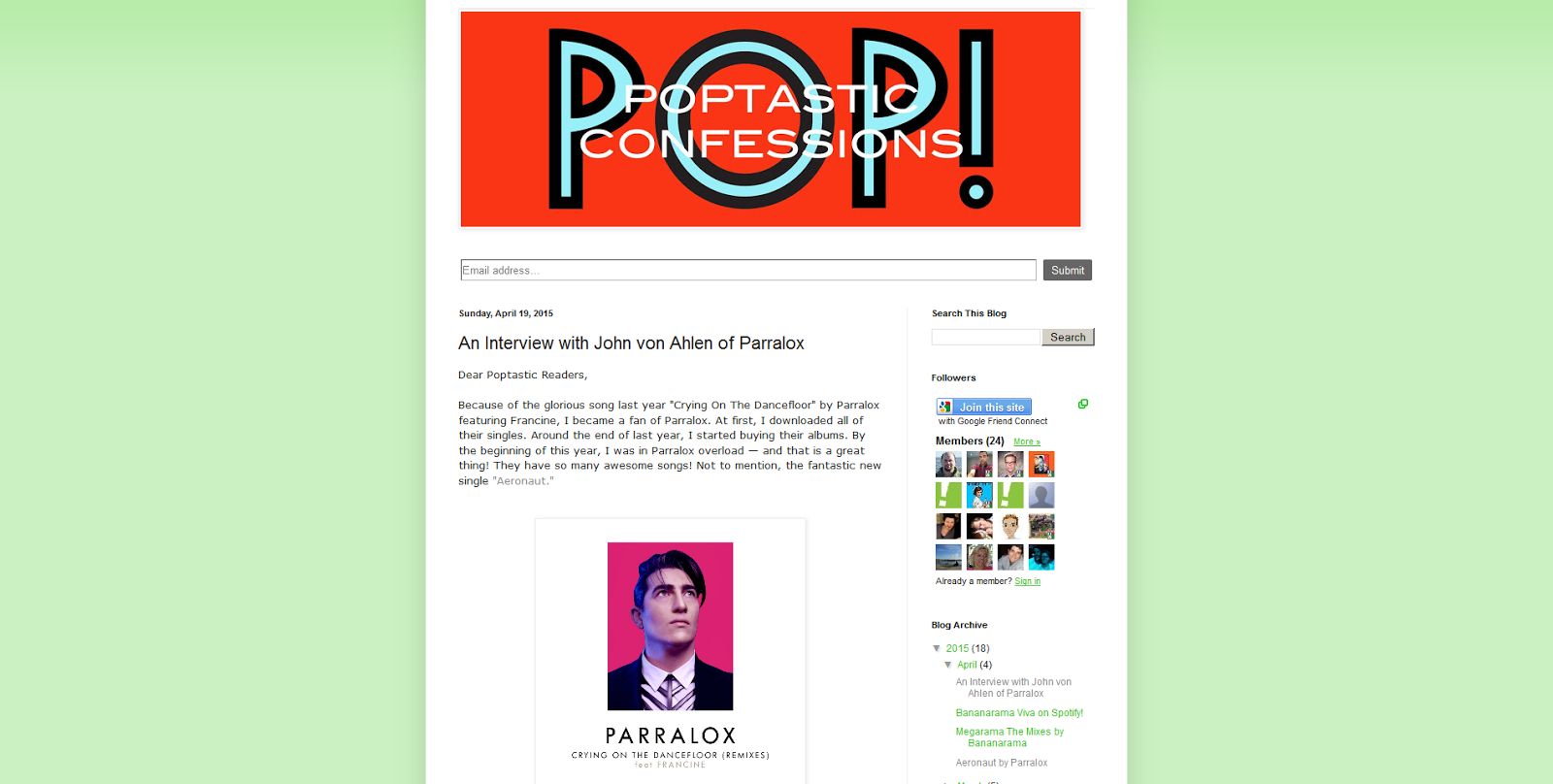 Poptastic Confessions have interviewed John von Ahlen of Parralox. It's a MASSIVE interview that covers quite a lot of ground

I noticed that John from Parralox is very interactive with Parralox fans on social media. So I took a chance and reached out to him for an interview! I was so happy he said yes. I'd had so many questions swirling around my head about the history of the group. I hope you enjoy the interview. But most of all, I hope you support Parralox by legally downloading their music.
My questions are in bold. John's answers are in italic. Unfortunately, Blogger keeps changing my fonts around no matter how many times I change them and save them. Grrr! So if the fonts are wonky here, I apologize. Enjoy!
Hello John! I think I might have known who you were before Parralox. I’m not quite sure. Did you run a Human League fan website called Electronically Yours? I’ve been a Human League fan for ages. And when I saw your name, it seemed so familiar.
Close! I used the run “Hysteria” an unofficial Human League website. At the time it was the world’s biggest Human League site, especially after Barry Tomkinson’s “Dare” site closed and he kindly sent me his entire site to integrate into Hysteria. Later on, when Parralox was formed, we were greatly supported by an electronic / synthpop blog called “Electronically Yours” who championed synthpop bands. We owe a lot of our success to the synthpop blogs who supported us in those early days, including Electronically Yours, CyberAngels, Electropop (run by Ingo Moller!), Worrapolava and Popjustice.