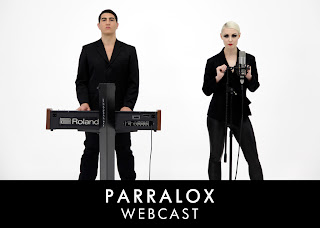 Parralox will be hosting a live Webcast tomorrow on Tuesday, December 11th, to officially celebrate the release of "Sharper Than a Knife".
You'll be able to :* Watch Parralox answer fan questions live on YouTube.* See the alternate, unreleased video for "Sharper Than a Knife"* Listen to brand new, never-before-heard Parralox tracks offering a glimpse of what's in store for 2013.Be sure to tune in on YouTube and take part in this exciting webcast!
International times as follows:Tuesday, December 11th 2012New York (USA) at 4PMLondon (United Kingdom) at 9PMBerlin (Germany) at 10PM
Log into http://www.youtube.com/user/parralox/feed and click on PARRALOX WEBCAST to join in the fun.
Tweet
How do you feel about this post?
Happy (0)
Love (0)
Surprised (0)
Sad (0)
Angry (0)
Tags:
google hangout parralox sharper than a knife webcast hangout on air
Altsounds reviews Sharper Than a Knife
Parralox - Sharper than a Knife debuts at #5 on th...