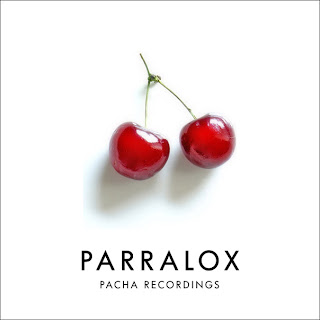 COAR/SUBTERRANE RECORDS sign worldwide deal with
PACHA RECORDINGS on PARRALOX / CREEP
COAR (Center Of Attention Records) and label partner SUBTERRANE RECORDS are very pleased to have signed a worldwide deal on PARRALOX - CREEP with well known and established PACHA RECORDINGS.
After getting loads of attention on the original and hi-street dance-floor mixes of CREEP especially the remix by Norwegian producer COSMIC DAWN on a more commercial level, things took a turn earlier this week.
A brand new BIG ROOM mix of CREEP was revealed, crafted by credible newbie PAULO CERRO.
Among others, Stephen Glen Hulme (head of legendary PACHA RECORDINGS) reacted positively to say the least!
"We were in no doubt that Stevie and his label would be the right way to work this release further on" says Fritz Niko (A&R and agent of Parralox).
In the near future PACHA RECORDINGS will put out a brand new international PACHA MIXES package of the Australian duo PARRALOX and their lovely rework of Radiohead's Creep, and it will get loads of support on the Pacha network.
“I love the Radiohead original, have hated every attempt at it since then by everybody, until today! Great work, This is gorgeous…I wanted it for Pacha Recordings instantly" says Stephen Glen Hulmes (MD, Pacha Recordings).
For more info on this upcoming release watch
www.pacha.com
www.pachadownload.com
www.parralox.com
www.coar.dk
.
Tweet
How do you feel about this post?
Happy (0)
Love (0)
Surprised (0)
Sad (0)
Angry (0)
Tags:
subterrane creep records parralox coar pacha
Metropolis album is #3 most added
Parralox in 3D