Welcome to Week 17 of Travelogue, our re-imagining of the classic album by The Human League.
This week's track is Cruel, and is the seventh bonus track from Travelogue, and the final song for this album. How quick was that!?

Here's a bit of background info on the song Cruel:
After hastily signing the Human League in 1978 it became apparent to Virgin Records that the band were not very profitable, with none of their releases under Fast Records making any impact on the charts. Virgin began putting pressure on the group to justify their large advance signing fee. Pressure was put on Ware, Oakey and Marsh to abandon their no traditional instruments rule and use conventional instruments in an attempt to be more commercial and sell more records. Ware reluctantly agreed but insisted that any material recorded this way should be released under a pseudonym to ensure that it wasn't confused with the pure electronic sound of the Human League. "I Don't Depend on You" was the only product of this compromise with Virgin. It was recorded with the addition of session musicians and was released under the name The Men. The song also features the synth riff from debut single Being Boiled towards the end of the track. Afterwards the band were able to record tracks in their original style for Virgin. Before any further conventional style records could be recorded, the original Human League had split; Oakey then took the new reformed band down a different commercial and pop route.

Later, it would be commented on that in recording "I Don’t Depend on You" – two years prior to the arrival of schoolgirl vocalists Susan Ann Sulley and Joanne Catherall – Oakey, Ware and Marsh had already produced a Human League Mk 2-style track complete with commercial pop sound: Oakey's vocal with female backing (with Katie Kissoon and Lisa Strike providing the backing vocals).

NME commented on this in 1990:
"Utterly commercial, the irritating bleep-content is all but lost under lashings of catchy Euro-Pop sheen (with prophetic female backing to boot). The HL were quite clearly ahead of their own time, never mind anyone else’s."

The music video for Cruel was edited by John von Ahlen and Mark Canning. Mark also worked on the video for M62 Song, and he also edited an amazing music video (as yet unreleased) for Crow and a Baby, stay tuned for the release of that one. It's trippy as...

We would like to send a special THANK YOU to you the fans, for all your support on this project. It's been so much fun to make, and we love all your comments on YouTube and our other social media channels.
We have lots of original content coming out this year. We might be quiet for a little while, but that's only because we are crazy busy behind the scenes preparing all our releases for 2022.

Cruel is out now on all digital platforms, YouTube and Limited Edition Compact Disc. 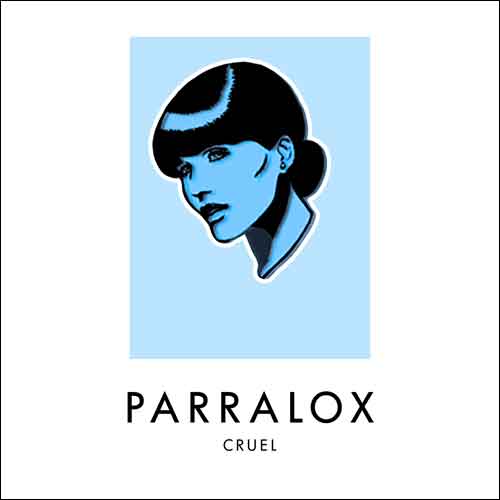 When you subscribe to the blog, we will send you an e-mail when there are new updates on the site so you wouldn't miss them.

Any Way You Want It (Music Video and Acapella)