Parralox could use a clone or two.... 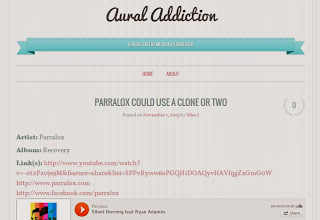 Here's an excerpt:
Which other genres of music would you like to try? Which ones would you like to avoid, if any?
In my recording career I’ve covered most styles, but at the moment I’m looking to explore a more acoustic/folky/electronica sound, which I’m doing in my side project “The Sound Of The Crowd”.
I also have an itch to produce some R&B, more along the vein of Afrika Bambaataa v/s Kraftwerk v/s Roxanne Shante v/s Missy Elliot.
Some electro R&B is so pure it drives me crazy, especially with a kick ass rapper over the top. Actually, I do have my eye on a rapper in the UK. I’ve asked management to reach out to her, so we’ll see what happens.
To be perfectly honest though, I wish I could clone myself and work 24 hours a day 7 days a week because there are really so many styles I want to explore.
If I had to pick one to avoid, it would be heavy metal/death metal. I’ve done enough of that in my time. I love bands like Tool / Muse but I don’t think you could consider them heavy metal. I don’t anyway.
And I love Ozzy Osbourne, so go figure!