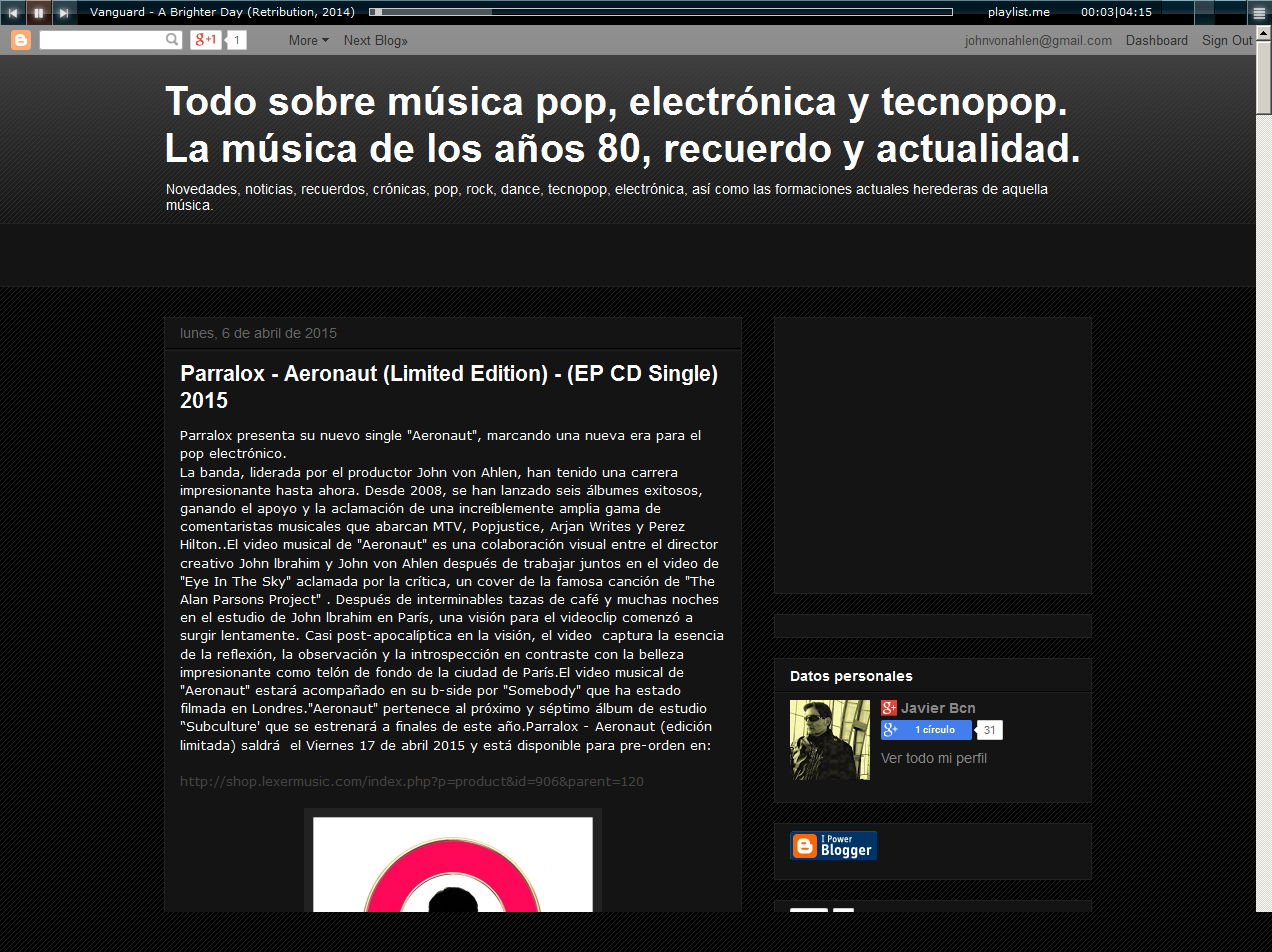 The band, led by producer John von Ahlen, has had an impressive career so far. Since 2008, they have released six successful albums and winning support and acclaim from an incredibly wide range of musical commentators covering MTV, Popjustice, Arjan Writes and Perez Hilton .. The music video for " Aeronaut "is a visual collaboration between the creative director  John Ibrahim and John von Ahlen after working together on the video for "Eye In The Sky" critically acclaimed, a cover of the famous song "The Alan Parsons Project"