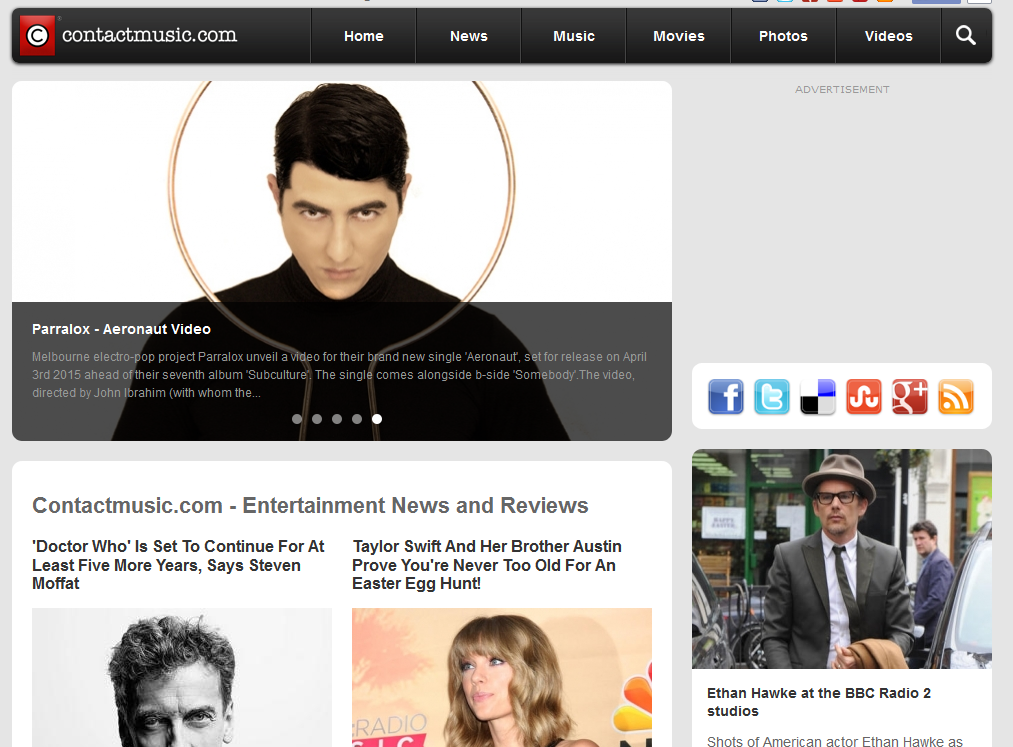 Contact Music will be premiering the new video for Aeronaut for the next 24 hours!
The video is featured on their homepage and we are EXCITED beyond words!!!

There is also an article page on which to view the video.

Melbourne electro-pop project Parralox unveil a video for their brand new single 'Aeronaut', set for release on April 3rd 2015 ahead of their seventh album 'Subculture'. The single comes alongside b-side 'Somebody'.
The video, directed by John lbrahim (with whom the band previously worked on their cover video of The Alan Parsons Project's 'Eye In The Sky'), features a brooding Parralox frontman John von Ahlen dressed all in black and enjoying the sights of stunning Paris such as the Louvre and the Eiffel Tower. There's a loneliness to it, which adds to the dark vibe of this synth-laden track; the droning bass, futuristic blips and deep, drawling vocals give it the right amount of melancholy without taking away from the infectious dance vibe.
Drawing influences from the likes of Depeche Mode and Pet Shop boys and with an already huge fan following behind them, Parralox are set to unveil their seventh record alongside the 'Aeronaut' EP featuring remixes from Rich B, Phil Marriott, Mi Disguise and Vile Electrodes. It follows previously released singles 'Crying On The Dancefloor' and 'Sharper Than A Knife'. The band have previously supported Erasure on their 'Violet Flame' world tour, and even remixed some of their songs including 'Reason' and 'Under The Wave'.