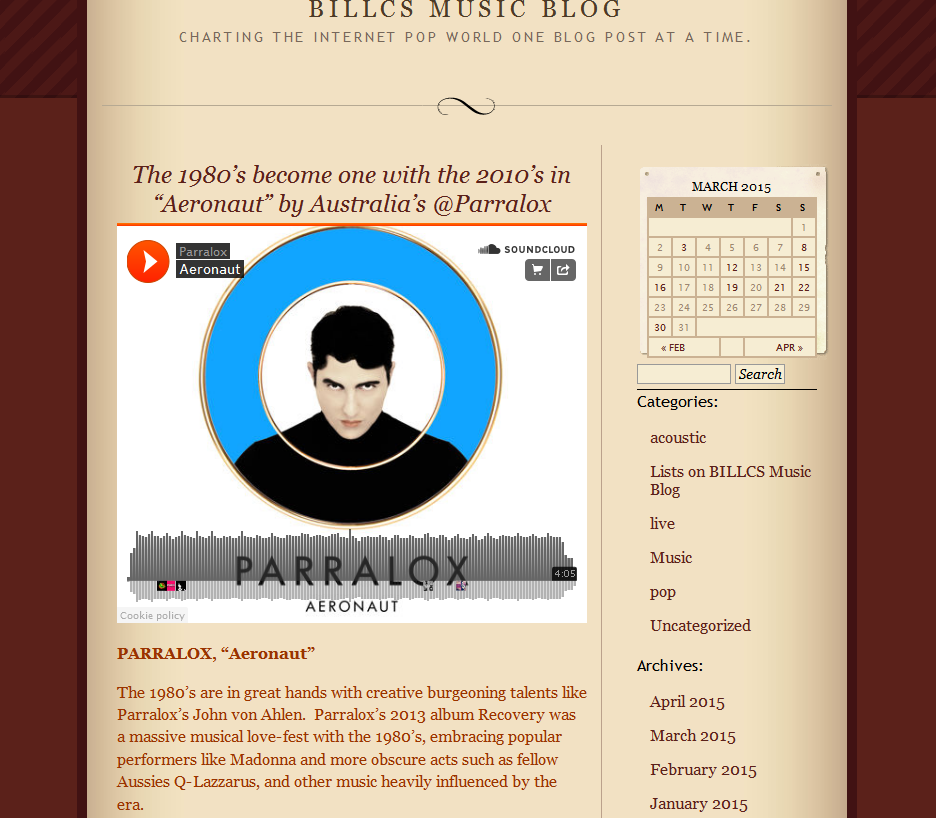 The 1980’s are in great hands with creative burgeoning talents like Parralox’s John von Ahlen.  Parralox’s 2013 album Recovery was a massive musical love-fest with the 1980’s, embracing popular performers like Madonna and more obscure acts such as fellow Aussies Q-Lazzarus, and other music heavily influenced by the era.

With John’s voice it would be easy to say “Aeronaut” sounds mainly like music of the Depeche Mode/Erasure mold – and, no surprise, Parralox did in fact open up for Erasure in England on their last tour! – but then he mixes it up with a flawless selection of keyboard and percussive sounds that draw from countless other sources as diverse as Rick Astley, New Order, and, what came first to my mind, another fellow Aussie band Real Life (“Send Me An Angel”).

Most of all “Aeronaut” is both fun and riveting.  While John’s voice is front and centre, he is the first to feature other voices, like in the past with former member Amii Jackson, Ryan Adamés (who with Amii gave extra dimension to a cover of Noel’s “Silent Morning”), and Francine (last year’s European dance club hit “Crying On The Dancefloor”), and here it’s Johanna Gervin.  Moving towards the 6th album release for Parralox, “Aeronaut” instantly dazzles and should win over club DJ’s whose audiences are full of 80’s and 90’s dance music fans who enjoy mixing it up a bit.