"A quirky and off the wall performance" 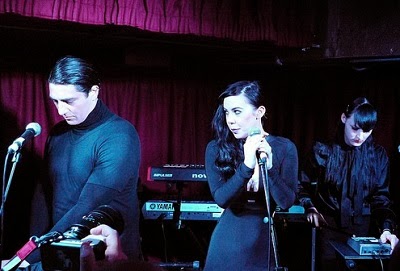 Road Trip Bar, London - 7 February 2014
"A quirky and off the wall performance"
This tiny venue near Old Street was host to an evening of interesting music (courtesy of EQ Music Live), unfortunately work meant I could not get to the venue in time to see the first two acts, but I was in time to see Daniel Robinson, who looked like a Hipster Justin Bieber and whose music was well crafted and very danceable, but its hard for me to comment as it was not my kind of music, but those around me seemed to enjoy it. 5/10 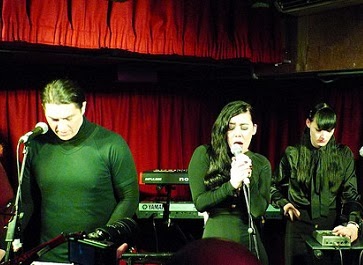 Next up were Parralox – which boded well from the start as they had a Sequential Circuits Pro-One synthesizer on stage. The band arrived on stage all dressed in black and looking very Gothic, so I was expecting something dark and gloomy. I was happily surprised that what I heard was excellent synthpop and the vocals, from new vocalist Johanna, were excellent. To be honest, the music was very europop/nu-disco and none the worse for that. Towards the end of the set they were joined on stage by Francine, who had performed earlier in the evening, and this changed the style and sound of the group, but I think I preferred Johanna’s vocals. I have to say I very much enjoyed the performance. 7/10